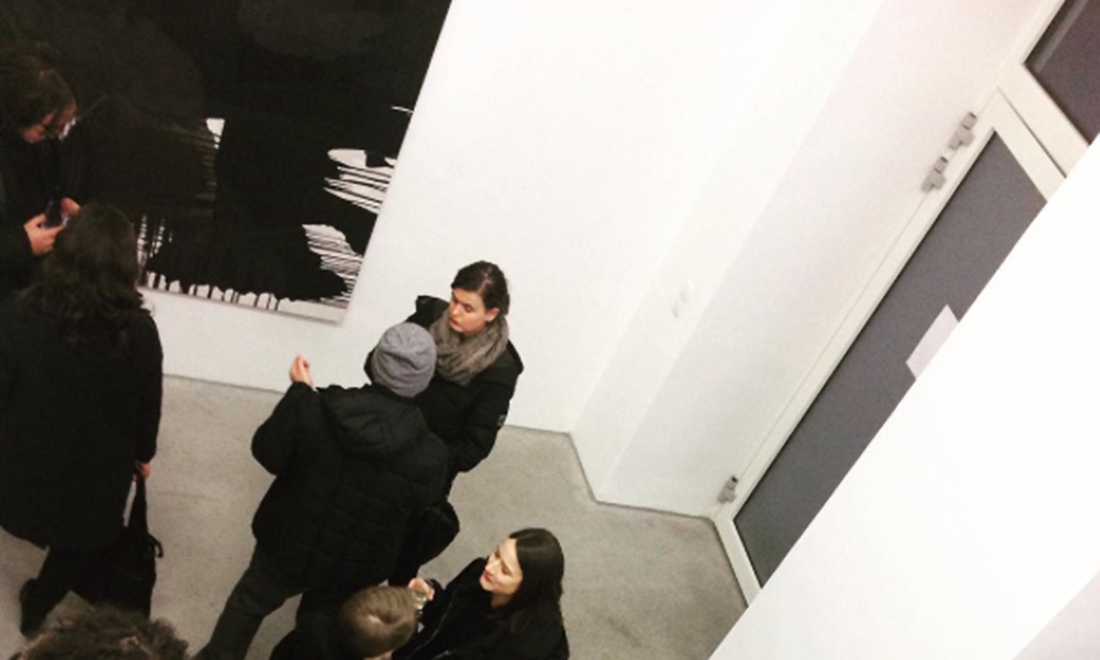 2016 starts the exhibition series PROJECT that apart from the works shown in Zurndorf/Burgenland establish the STADTRAUM as a project space. Intro to the series and PROJECT 1 presents Thomas Reinhold’s newest works Transport and Communication and puts them into a dialogue with drawings from the series Ceci n’est pas un tableau abstrait.

The group of works Transport and Communication looks at the process of creation. The canvas is placed on boxes, paint is poured on and then moved around by lifting the frame. Communication sets in when this process is repeatedly used to allow paints of different colors to overlap and relate to each other, so that the sequential steps of a process-based approach become a spatial experience for the observer. The painting thus knows no implementation or abstraction, but tries to situate itself directly in the counterparts of the artist’s perception so as to create its own reservoir there.