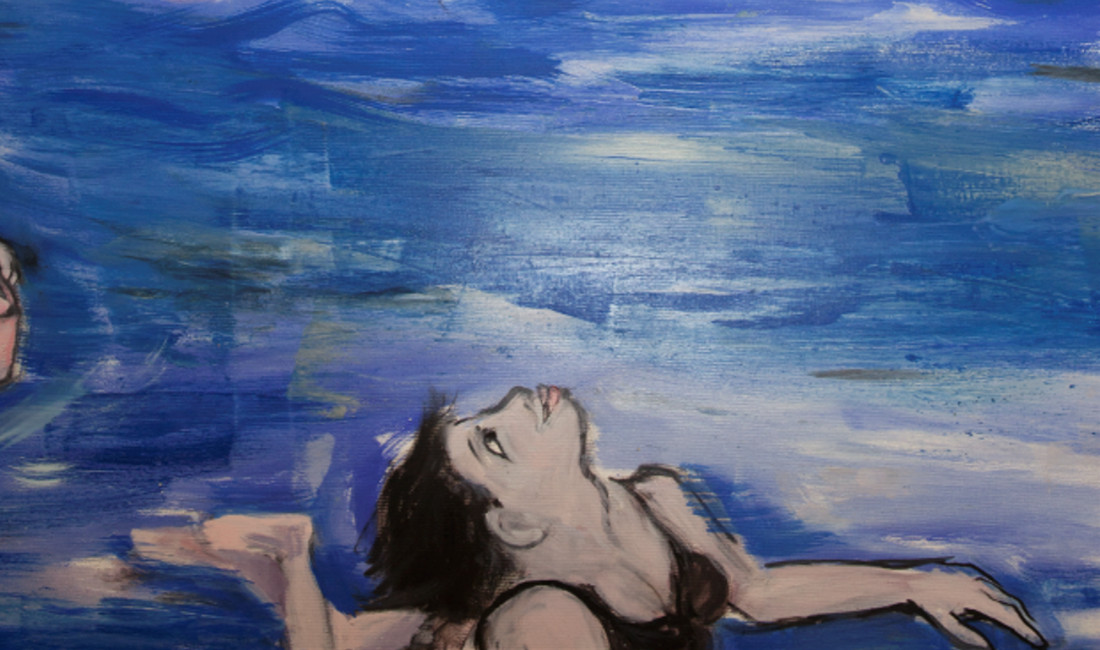 „To leave, to leave, to escape…to cross the horizon, enter into another life … It is thus that Melville finds himself in the middle of the Pacific. He has really crossed the line of the horizon.“

The highest aim of literature, of art in general, according to Lawrence, is the emergence, the departure and penetration into the unknown. Leaving the commonplace and the familiar to discover new paths and landscapes.

„Draw lines, lines of flight“ the process coined by Gilles Deleuze, which requires one to “break through the white wall of social systems, the established order, its norms and ruling forces and leave them behind, risking disruption“. He thus refers to the artistic, existential process in Anglo-American literature, its representation of these ruptures, these figures who create their line of flight and indeed themselves by virtue of the line of flight.

It always remains an ambivalent undertaking: with high risk and no guarantee that we won’t find again that from which we fled. Leaving everything behind – how could home, things we cherish, … mums and dads, imaginations, not be erected once again? Sinking into the black holes of subjectivity, of the ego that is more precious to us than anything else … in which we embed ourselves, with our consciousness, … our feelings and passions, … our little secrets and our yearning to make them known to all? How do we escape the black hole?  How can the wall be breached?

It was an escape and a liberation for me to turn my back on my parents’ house and its spiritual world, only a little later to join Otto Muehl´s commune, as the free artistic air that blew there attracted me and the idea of practically living the utopia of a social life with free sexuality and shared property fascinated me. This released unforeseen energies, allowed me to discover new things, to transcend inner borders. The experiment lasted almost 20 years, then came a hard break and the end of the commune. Disillusionment and disappointment followed, but the art remained as did the challenge to rethink my life and myself. Painting, writing and making films offered me spaces for thought processes in close proximity to the “lines of flight”, which are of course nothing more than the continual search for the utopian. To start again, to leave behind the remnants of childish dreams, even to unravel the phantasm of love with its comfortable, fond ideas, in order to become free. “The dangers lurking there, the patience to be mustered, the precautions to be taken and the serious rectifications to be made are protracted processes – a becoming, a transition, a leap, a look outside.“

The feature film UNGEHORSAM, 2016, completed after several years of work, addresses these experiences.

Painting is all about lines. Drawing lines that rush through a blue, a white, a pale pink – the colours of the world in which I am engrossed, in which I enter. Painting, just like writing, means becoming, although certainly not becoming a writer or a painter, but something else.

These are processes on many levels and with an open outcome, in the midst of impassable terrain without reference points, a neverending search. Finding lines and paths that gradually form an inner and outer cartography that compresses and expands, plotting peaks and valleys, mountains, gorges, rivers, lakes, oases and abysses.

“The eye, freed from itself, neither reveals nor illuminates. It wanders along the horizon, a searching traveller, ignorant of place, who sets out anew on exploratory journeys, starts endless experimental processes, creates experience journals. Here there is only one destination: life as an experiment.”