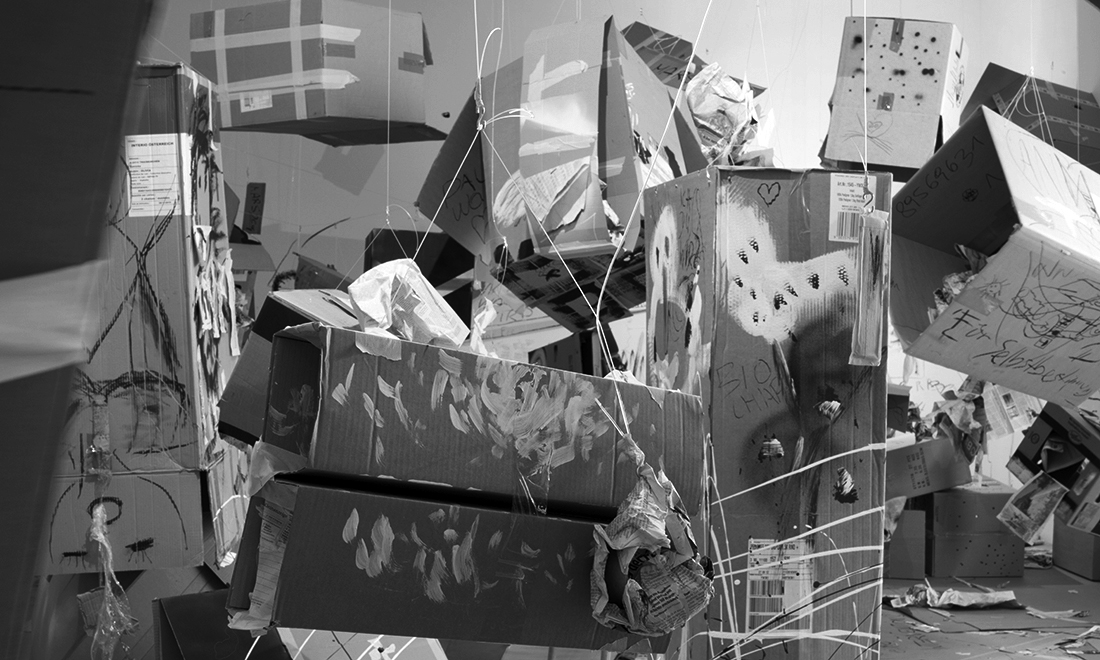 A Reinvention of an environment realized for the first time in 1961. In collaboration with students of the Institut for Theater, Film and Media Sciences University of Vienna.

In his legendary essay The Legacy of Jackson Pollock published in 1958, the American artist Allan Kaprow, who died in 2006, coined the word ‘Happening’ which later became a foundational conceptual tool for the development of art in the second half of the twentieth century. Since then, the term became one of the key parameters for the performative extension of painting and sculpture into space. For subsequent generations, Kaprow’s artistic oeuvre is a challenge and an inspiration, both in its formal openness and its thematic rigor. With environments and happenings creating beginning in 1960, Kaprow— along with Robert Rauschenberg,  Yves Klein, Carolee Schneemann, Jim Dine, Claes Oldenburg, the Gutai Group,  Yoko Ono, Josef Beuys, Nam June Paik, the Vienna Actionists and others—was one of those who laid the cornerstone for the Performative Turn, so decisive in contemporary art.